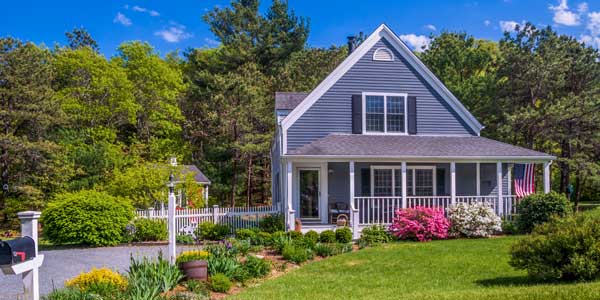 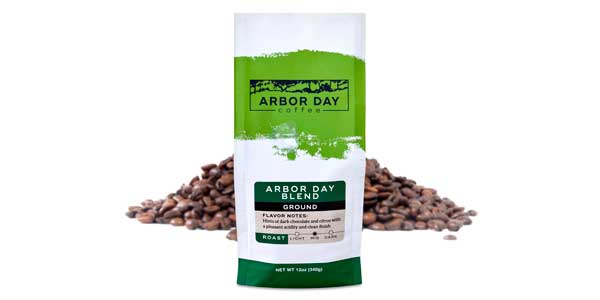 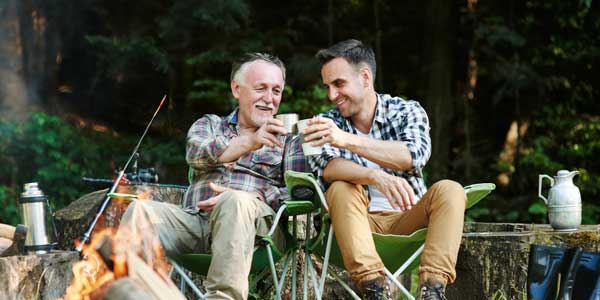 Trees in Honor of Others 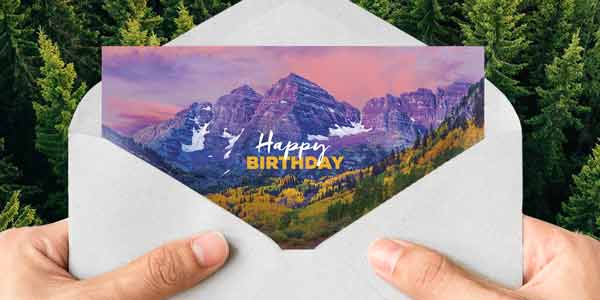 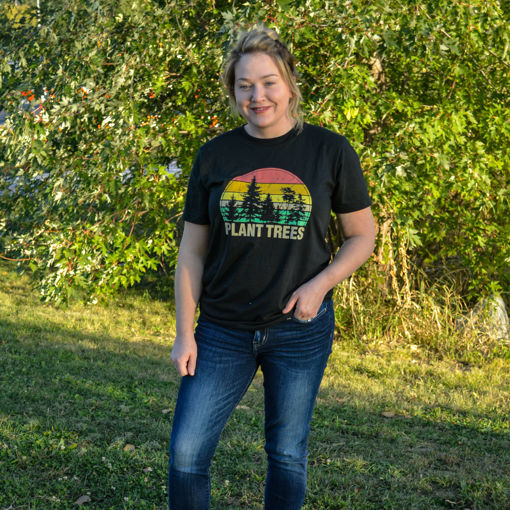 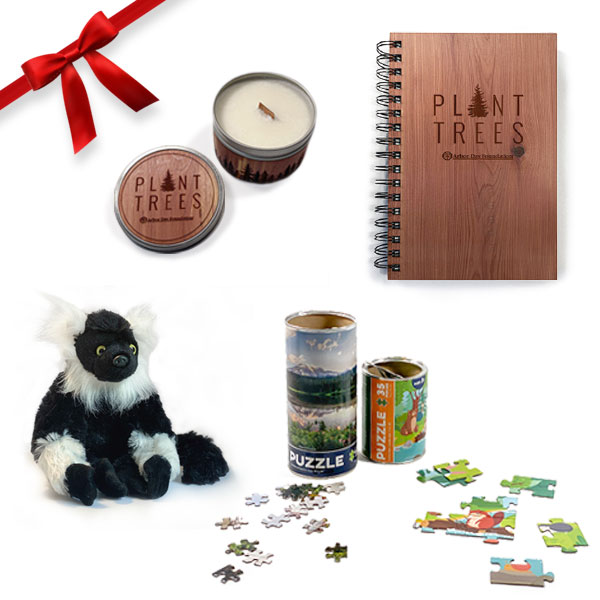 More in this Section
Free Shipping
On any order over $99

The Arbor Day Foundation goes to great lengths to ensure that we’re working with farmers committed to sustainably growing coffee in harmony with the rain forest canopy. In many cases, this means sending the Arbor Day Coffee team to Central and South American forests to see their operations first-hand. Along the way, we have encountered many amazing stories and have met some truly wonderful people.

Below are stories of some of the farmers that we’ve met — coffee producers dedicated to protecting the rain forest and improving their communities.

A recent trip to Peru led us to the doorstep of Miguel Ojeda Rodriguez and his wife Clementina Melendres Neyra. Miguel and Clementina live high in the Andes Mountains near San Ignacio — an area known to have some of the best coffee in Peru.

Their shade-grown coffee has been a sustainable force for their family, allowing them to support their six children. All of the children are now grown, and two of the sons have remained on the farm to help their parents.

As we toured their farm, Miguel and Clementina talked extensively about the important role trees play in their coffee production. They showed us a very diverse collection of trees planted among their coffee—each with a very specific purpose. One type of tree on their farm is the romerillo tree, an evergreen that only grows in certain parts of Central America and takes up to 500 years to reach full maturity. It is leguminous and very beneficial for coffee because it adds nitrogen back into to the soil and doesn’t compete with the coffee for nutrients. They have also planted guava trees (fruit trees) and erythrina trees, which complement the coffee nicely.

And the family has plans for more tree planting in the future. They showed us areas of the farm where they want to add rows of smaller trees to act as barriers within the coffee farm and prevent the soil from washing down the mountain.

After a delicious meal of chicken noodle soup, chicken with rice, and yucca prepared by Clementia, we talked more about the future of their farm. It was a good discussion, but too soon it was time for us to depart. We left them with Arbor Day t-shirts as a token of our appreciation for their time and hospitality.

During a recent visit to Peru, we stopped by a farm belonging to Amaro Chasquero Jaramillo, his wife Natalia Ocana, and their son Edgar Chasquero Ocana. When we first arrived at the farm, we noticed that the coffee shrubs were very young — only two or three years old — and they were growing in what appeared to be a deforested area.

Amaro told us that he had recently purchased this land from a cattle farmer. They were in the process of growing young trees amid the coffee shrubs, with the goal of reforesting that area. These young trees, however, will grow quickly. And in a few years, they will be shading all of the coffee. It was inspiring to see his dedication to the replanting efforts.

We continued to walk through his farm and came to some areas that were completely covered by mature shade trees. In these areas, leaves from the trees were providing natural nutrients for the soil and also keeping the moisture in the ground to support the coffee shrubs. Amaro then showed us an area that he was keeping as natural forest because a significant number of plant and animal species lived there and he felt he should protect them. In that moment, we knew this was a farm family truly dedicated to the land.

After a full tour of the growing areas, we took a look at his elevated drying beds. This setup allows more air to pass over the coffee beans during the drying stage while shielding the coffee from the rain. Amaro also showed us his compost area, where he combines the cherry pulp from the coffee with other organic matter to be used as a natural fertilizer for the coffee plants. He even used it in his own vegetable garden — a vital source of food for his family.

People like Amaro make our work possible. Because of his desire to care for the rain forest, we can source delicious coffee that is responsibly grown — preserving the land for future generations.

On a visit to Los Cuyes (near San Ignacio), Foundation coffee expert Jonathan Ferguson spent several days with Señor Wilman Nuñez — a coffee farmer, community leader, and owner of the only small market in the area. Jon was analyzing the coffee harvest in Peru to find ways to make the process more efficient and deliver a better quality product for the farmers. Wilman not only shared his coffee processing methods, techniques, and management practices but also his home, providing Ferguson a place to sleep while he was there.

During the tour, it became clear that Wilman was extremely diverse in his food production. In order to make ends meet, coffee farmers often rely on additional crops to offset food expenses which makes up for the majority of their annual budget. In addition to coffee, he grew produce such as avocado, lemon, orange, banana, potato, leafy greens, peppers, and grapes. He also had ducks, chickens, swine, and guinea pig (a regional delicacy).

Jon had the opportunity to help Wilman with the coffee harvest one of the mornings. The heat, insects, and slope made for a challenging work environment. It took him three hours to fill one latta, the equivalent of a five-gallon bucket. It took a local harvester three and a half hours to fill two lattas. (Payment for coffee picking is around $1.80 USD per latta, averaging to about $7.20 USD for an eight-hour day.)

The community struggles with a lack of sufficient access to water. During harvest, most of the water upstream is used for washing coffee, which is why Los Cuyes does not have enough water for properly washing coffee (or even bathing and/or drinking at times). To help combat this, Wilman has a tank reserve in his house and shares with others in the community when in need. During Jon’s time with Wilman, several children (4–6 years old) came into his kitchen with jugs during lunch asking for water.

Wilman was struggling to make ends meet, much more acutely than our culture typically permits us to imagine. Throughout the trip, however, he described his greatest need as more water—primarily to produce coffee in a manner that could increase the quality of their coffee production, yet also supply enough water for household needs.

High in the Andes Mountains of Peru in the town of Nuevo Trujillo you will find Magna Luz Ojeda Guarnés, one of the coffee farmers we work with. Magna comes from a family of coffee farmers. Her family has been growing coffee since before she was born.

Magna understands the role trees play in harvesting quality coffee. That’s why she grows it in harmony with the rain forest. Her family depends on the trees to protect the coffee and provide natural nutrients into the soil. Additionally, she uses the fallen branches as firewood for heating and cooking. Her farm spans 20 acres of land, half of which she has kept in naturally preserved forest.

Before her life as a coffee farmer, Magna and her husband owned a store selling local goods. Although the store wasn’t as successful as they hoped, they still had enough land to invest in their dream of expanding their family business into coffee production.

Magna told us that her life as a coffee farmer gave her a sense of peace and freedom from the daily chores of working at a storefront. “While I was in the store, I never found the chance to take a break to eat. but when I’m out tending to our coffee fields, I have no interruptions. I’m very happy on this farm,” she explains.

Magna and her husband have four children. While two of them are busy attending school and her husband focuses on building their car maintenance business, Magna continues to manage and grow the family coffee operations, working hard to continue to provide for her family, and finding the peace she sought working in the forest.